You are here: Home » Reviews » Anime Reviews » Review: Blast of Tempest, Episode 1 – The Mage in the Barrel

Review: Blast of Tempest, Episode 1 – The Mage in the Barrel 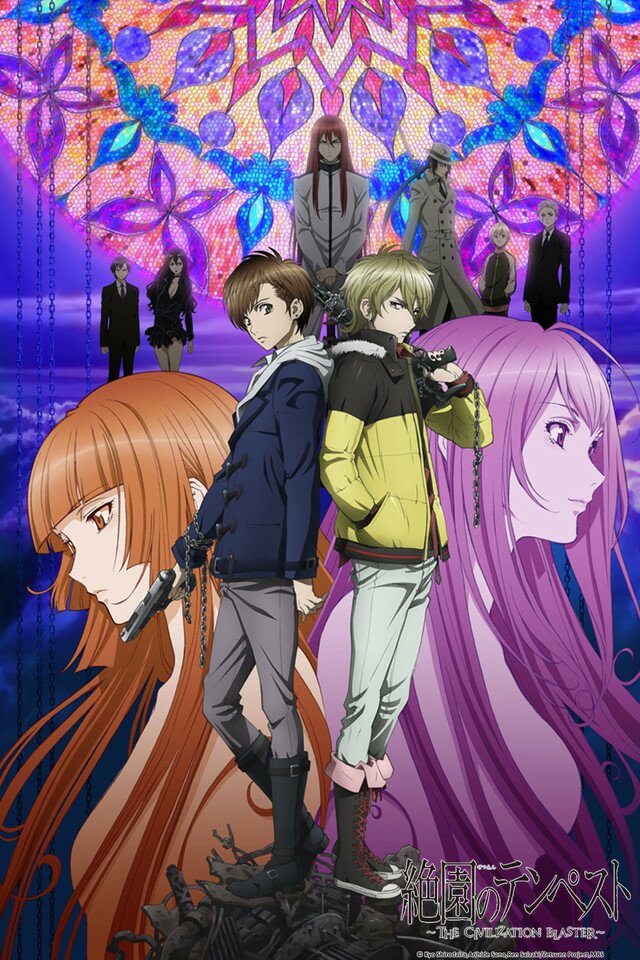 Attention! There are some spoilers, so be forewarned.

I have never read the manga Blast of Tempest, however, when I heard that Bones, the genius studio behind Fullmetal Alchemist adaptations, is doing the anime for it, I was intrigued. The original manga was launched in 2009 and it was called Zetsuen no Tempest, by Kyo Shirodaira. Aniplex USA is the company handling this series directly and as many know, Aniplex USA has some great stuff out there. However, with the good, there is also the bad, which is why, while I was excited, I was nevertheless cautious. So far I have only seen the first episode of Blast of Tempest, which can be streamed on Crunchyroll. My impression thus far is that it has so much potential. Much of what has happened in the first episode is ambiguous, however, this only adds to the suspense and plot building. For the most part, the audience can get a sense that something big and horrible is happening in this world and magical forces are behind it. Typical? Yeah, but then again, every story is one universal story. It is how one puts flavor into it, which will make it original.

So far the plot has been somewhat easy to put together, however, there are some parts that seem to rely on the audience making some leaps, but what fun is a story if it does not keep the audience guessing, right? There does seem to be a main character, which is Yoshino Takigawa, however, so far he is taking a backseat in terms of action because he (currently) does not have any powers. Will he in the future, I am not sure, but I hope so. I say, “seems like a main character,” because the other characters that are presented seem to have larger roles currently because they have powers. I am not sure if it is just generally that power seems to be associated with lead roles, but, for me, Takigawa is taking a backseat because in the story he is like the Alice who has fallen into Wonderland. He, moreover, has become a helpless spectator thrust into a situation that is out of his hands. Perhaps this is his initial purpose—to illustrate to the audience the mundane and hypocritical world he resides in. This would make him a rather sympathetic character, however, he does come across as whiny at times. He certainly has a depressing outlook on life and the only other anime that has been able to top that for me has been Paranoia Agent. However, I would not go so far as to say that it is oppressively depressing, just a bit heavier than what I am used to.

The female lead, the princess Kusaribe Hakaze, so far seems like a strong personality. I think she has the potential to become somewhat of a sadist and masochist, which will probably provide some comic relief. I have much expectations from her. In this first episode, she is left stranded on an island where she cannot gather the materials she needs to conduct magic. However, through her resourcefulness, she is able to make contact with the other major, male character Fuwa Mahiro, friend of the “main prime” lead Takigawa. I will leave it that.

All in all, the plot is taking hold fairly quickly. The characters’ personalities are coming across rather clearly. The anime is very well drawn, but perhaps what enhances the experience is the carefully chosen music that draws the audience into every scene. I have such high hopes for this series. Please let my hopes come into fruition!

Stream this anime on Crunchyroll.com

The first episode is already available.